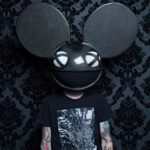 Arthur Galestian’s roots in electronic dance music stretch back to his discovery and proliferation of the genre in Los Angeles’ underground music scene of the 1990s. He began making a name for himself on KUCI 88.9FM beginning in 2003, where he opened the broadcast studios to some of the world’s most renowned artists such as Above & Beyond, Armin van Buuren, Carl Cox, and Dubfire. Arthur’s mixes have seen regular airplay on outlets such as SiriusXM Satellite Radio, iHeartRadio, and on terrestrial FM stations in the USA, South America, and Europe.

2017 marked the next chapter of his best years coming, with multiple releases charting on the Beatport progressive house charts for several months in a row. His deeper ‘Galestian’ releases have garnered the support of progressive house torch-bearers including Hernan Cattaneo, Nick Warren (of Way Out West), Khen, Eelke Kleijn, Paul Thomas, Guy J, and Guy Mantzur.

In 2018, Arthur signed to Paul Oakenfold’s Perfecto Black label and was featured as a guest on his Planet Perfecto Radio show (episode 383), reaching over 27 million listeners in 70 countries.

As a DJ, he has performed in cities across the USA, Europe, Canada, and Asia, sharing stages with artists like Fehrplay, Grum, Tritonal, Chris Lake, Matthew Dekay, Lange, Aly & Fila, Frankie Bones, and countless more.