Miyagi & Allies For Everyone – Morning Glory 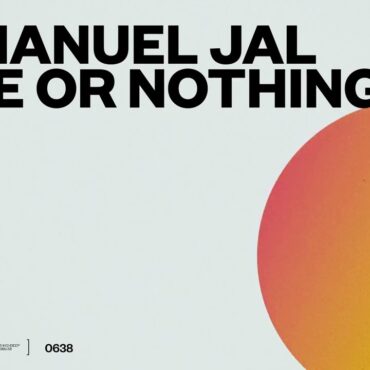 A collaboration between two talents who initially broke through on the White Isle several years ago, Jamie Jones and Darius Syrossian deliver the We Bring It EP on Jones’ seminal label Hot Creations. It’s not the first time the duo have co-produced together, with previous releases like Rushing and Eyes Of The Night displaying their dynamic approach. Their latest release brims with bright melodies and club-driven energy.

Syrossian shines a light on his creative partnership with Jones. "It’s always a pleasure doing collabs with Jamie. He has a very good ear for dancefloor-orientated tracks, and I love his attention to detail when it comes to structuring a track. We both bounce off each other really well." Syrossian admits that both tracks have been rinsed already, much to the delight of discernible dancefloors worldwide. "Both these tracks have equal elements of our individual sound. We made these a while ago but held them back as they were made especially for the Ibiza and festival season. After playing them at the beginning of the season, they have more than passed the road test."

The title tune unfurls with chunky kickdrums and a chopped-up, speedy vocal sample that winds between a thwacking bassline. A touch of tribal percussion bounces throughout the track, reflecting the Balearic vibe for which Jones and Syrossian are celebrated. On The Best Thing, a stabby synthline breaks up a wavey and tripped-out soundscape. A vast bassline dominates, with a rave-ready feel that shimmers throughout the track.

Jamie Jones is the co-founder of the label Hot Creations and the worldwide event series Paradise. The Welsh DJ, producer and curator-extraordinaire lives in Ibiza, where the essence of the island contributes to his atmospheric and club-driven musical output. Jones’ signature style conveys a sun-kissed, spirited mood that compels his audience, whether he’s headlining Coachella or Glastonbury. Darius Syrossian is a trail-blazing artist with a back catalogue to match. The two-time Essential Mix talent has released on labels like Moan, Defected and his own brainchild MOXY MUZIK. He’s a cherished name on the Ibiza and UK circuit, pouring his soul into his work while holding down several residencies along the way. Syrossian cares about good music and even better vibes, giving back to the culture that shaped him as an artist today.

Miyagi & Allies For Everyone – Morning Glory